Learn to pray and heal (a spiritual adventure) 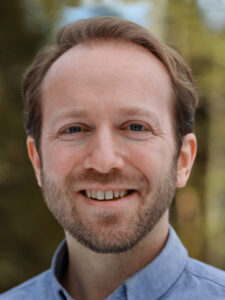 Are prayer and healing for you? I mean, if you have no experience with spirituality or religion, or you’re not even sure what you think about God, can you still pray and be healed?

Yes. Because prayer and healing are natural to us, and I say this as one who didn’t even grow up in a religious household. But what I’ve discovered as I’ve studied Christian Science is that a willingness to shift perspectives, to see things in a new, more spiritual way, has an effect–for anyone.

Like in the case of an inmate I worked with. As I shared the basics of Christian Science with him he said it all sounded great but he was just a bad person. He seemed pretty convinced that healing wasn’t for him. But as we talked about the fact that he wasn’t defined by his past, but by God, his source, who is completely good, I could tell his thought about himself was changing.

And then he wanted more. So he took a copy of the Bible and Mary Baker Eddy’s book, Science and Health with Key to the Scriptures, back to his cell and started to dive into these books. Six or seven weeks later, I ran into him again and he told me that he’d been healed of a serious illness–just from studying the Bible and Science and Health. His study helped him grasp God and his life in a new way and his disease was cured.

In my lecture, I’ll share more about the fundamentals of effective prayer, as I’ve learned from studying Christian Science, as well as how healing is truly possible for everyone.

Experiencing first-hand the healing power of Love is Nate’s favorite thing.  It’s what makes him tick.

Nate studied perennial religion at Hampshire College where he was introduced to Christian Science healing.  Although he was enamored with the academic exploration of spirituality, what he truly desired most was to practice spirituality in a tangible way — he wanted to experience God and heal others.

After traveling the world for a year and hiking extensively in the Himalayas, Nate came to Boston in 2008 to work for his church, The First Church of Christ, Scientist.  Since then, he has served in many capacities, including launching and producing your Daily Lift and Time4Thinkers’ Weekly Musician podcasts. Nate also helped pioneer the online Sunday School at The Mother Church; helped launch a branch church in Jamaica Plain, Massachusetts; served as reader, soloist and Sunday School teacher in branch churches; worked as a counselor and wilderness trip leader for six years at Camp Owatonna; has shared the Good News at jails, rehab centers and interfaith-events.  He’s also been widely involved in composing, producing and performing Christian music.

Nate’s many hobbies includes adventuring in the outdoors, writing songs and cooking. But he says, “Without comparison, my greatest love, my greatest joy— my mission — is to transform lives and heal the sick through Christianly Scientific prayer.”

February 25th
NEVER ALONE: HOW SPIRITUAL IDEAS WORK IN US

March 11
HOW TO MAKE CHANGE FOR THE BETTER

April 8th
SPIRITUAL DISCOVERY: HOW YOU CAN BETTER THE WORLD

April 22nd
MAKING MEANINGFUL CHANGE:  HOW GOD’S LOVE CAN CHANGE YOUR LIFE AND THE WORLD